Laura joined the small team of permanent staff at the cinema last summer and her work is facilitated by funding we received from the National Lottery Heritage Fund (NLHF). A big part of her job is to communicate the value of our cinema’s unique heritage to our local community and beyond. We hope that you enjoy reading this article and please contact us if you have any further information to share about the lamppost or anything related to it!

I have always liked to gaze out of the cinema doors at this red painted cast iron lamppost, it has been a familiar symbol in the neighbourhood for almost three decades of my life. I sometimes wonder about how many of us have arranged to meet friends beside it, or will have smiled as its familiar shape has appeared in view as we headed down Chestnut Avenue or Brudenell Road towards our favourite cinema, looking forward to the friendly greeting at the door.

Its thick, opaque plastic globes are lit up every evening, maybe you have stopped to take a picture there as you have departed, perhaps trying to mark that moment in which we discovered something new about the world, or ourselves, through the power of the film we’d just been watching.

Since 1996 the lamppost has been protected with a Grade 2 listing (listing No 1255796) which means it is inscribed on the National Heritage List for England, these are all buildings and structures that are considered nationally important, being of ‘special architectural or historic interest’. That list is currently managed by Historic England, who offer the following information about the Hyde Park lamppost on their website:

Last year, in August, Peter Meehan, a specialist from the Historic Metalwork Conservation Company Ltd, visited the cinema to assess our lamppost and he wrote a report about it that contained a lot more detail. In his report he said that the lamppost likely dates from after 1904 and it was certainly manufactured at the Saracen Foundry in Glasgow. The side of the lamppost that faces the cinema doors quite clearly bears their company mark: Macfarlane & Co, Glasgow.

As I have had a little extra time on my hands recently, during these endless months of lockdown, I thought that I’d like to find out a bit more about the history of the foundry and of this unique heritage feature, and to share my findings with our Friends. This has since become a fascinating project in its own right, because it turns out that our lamppost is part of the story of Walter Macfarlane, who was a prolific Scottish ironworks manufacturer in the 19th century. His company flourished for over one hundred years, like our cinema.

From there we are able trace a much deeper set of connections that link our much-loved and perhaps slightly eccentric Victorian lamppost, situated on a corner in a Leeds suburb, with the combined global histories of the British Empire, urban development, technical innovation, public aesthetics, public health, and 19th Century free trade.

END_OF_DOCUMENT_TOKEN_TO_BE_REPLACED 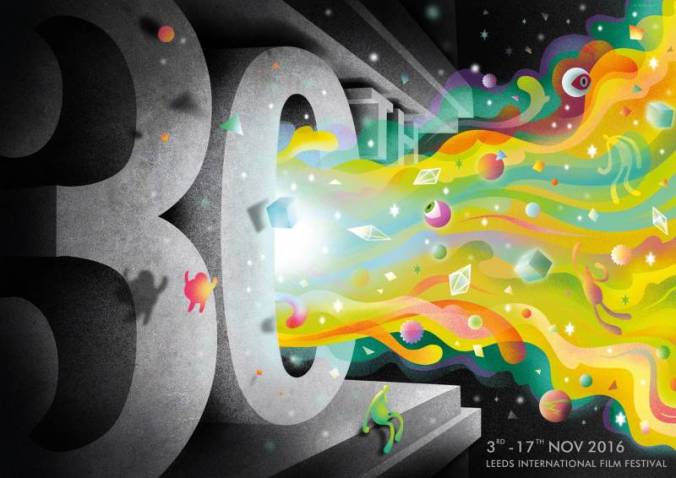 It is the 30th edition of the Leeds International Film Festival this November. From its instigation in 1987 by members of the Friends of Hyde Park Picture House the festival has consistently presented a wide-ranging programme of films and film based events annually, across a shifting landscape of city venues.

Laura Ager, a volunteer at the Hyde Park Picture House who has worked with the film festival in various roles over the last 10 years, recalls how she first became interested in the history of the festival and, in the course of her research, has tracked down some of its former directors and supporters to ask them what the festival meant to them.

In November 1987, the Leisure Services department at Leeds City Council proclaimed that in 1988:

Leeds, the birthplace of the film industry, will celebrate the centenary of the moving image by holding a major international film festival.[1]

This film festival would celebrate 100 years since Louis le Prince filmed the people and traffic in ‘Leeds Bridge Scene’ at a spot now marked with a Leeds Civic Trust blue plaque.

The Leeds International Film Festival took place from 13th – 29th October 1988. On the first day, the famous traffic scene was reconstructed on Leeds Bridge at 2pm, later on that day a ‘black & white ball’ was held in the Town Hall. The film programme addressed eight themes that year: comedy, horror, war, music in films, images of England, animation, women and film and documentary[2]. END_OF_DOCUMENT_TOKEN_TO_BE_REPLACED 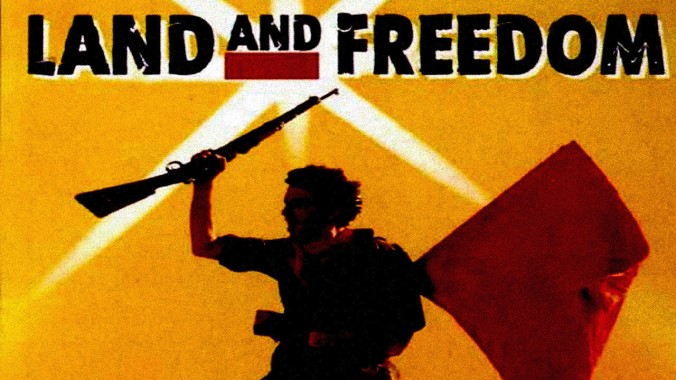 This film was an earlier success for Ken Loach and his team. It won a number of European Awards including the FIPRESCI International Critics Prize and the Prize of the Ecumenical Jury at the 1995 Cannes Film Festival. It did not win any awards in the UK or USA. In fact, as has often been the case with films directed by Ken Loach, the film performed better on the Continent, especially in Spain and France, than in the two major English Language territories. There are ironies in the producing countries, since the Spanish, German and Italian regimes were all involved in the Civil War depicted in the film, whilst Britain [like the USA] stood on the side-lines, essentially supporting the force who are enemy in the film.

The Civil War was that between the Fascist regime that staged a coup d’état against the elected Spanish government in 1936 and the coalition of left and liberal forces of the Spanish Republic defending the land and the freedom of the Spanish people. This was the great cause in the 1930s and many politically committed British men and women went to Spain to fight and often die in the defence of the Republic.

One of these was the writer George Orwell and the film is clearly strongly influenced by his account in Homage to Catalonia (1938). In the film Liverpudlian David Carr [Ian Hart] goes, like Orwell, to Spain and joins the left-wing Partido Obrero de Unificación Marxista (Workers’ Party of Marxist Unification. The film features battles between the Fascists and the Republicans, but it also features political confrontations and debates. As in Orwell’s book the film takes the side of the combined Marxist/Anarchist POUM against the dominant republican factions led by the Partido Communista de Spain (Communist Party of Spain). The film is rather simplistic about the political conflict among the republicans. As the film essays the Communist Party was dominated by the rather reactionary political line of the ‘United Front’. However, the opposition, embodied in POUM,  had serious political problems as well. END_OF_DOCUMENT_TOKEN_TO_BE_REPLACED

This Monday, 2nd November, exactly one hundred years ago, the Picture House opened for its second year of business. Already in the first twelve months of film entertainment it had successfully established itself. The log books, donated to the West Yorkshire Archive Service in 2015, record the box office takings. Weekly attendances were now regularly over 2,000. At a Bank Holiday they could exceed 3,000. And the same happened when there was a really popular film. So the log books record key titles, and show that Charlie Chaplin had already registered with his amazingly fast rise to fame and stardom.

END_OF_DOCUMENT_TOKEN_TO_BE_REPLACED

This illustration is from the printed history of the Hyde Park Picture House published by the Friends in 1997: [copies still available at the cinema].

Recently a relative of Harry Childs, who was involved in the opening and running of the Hyde Park Picture House, donated a set of ‘Log Books’ that start with the opening of the cinema and carry on until the 1950s. The books record the daily performances, ticket sales in different price categories and the daily and weekly income. You can imagine that there are lots of figures to be analyzed. The performances and prices are shown in the above advertisement from the Yorkshire Evening News.

It is not clear how seats and customers were demarcated, perhaps the 1s. seats were in the balcony. The bulk of the customers fell into the 3d and 6d price range.

Firstly, the capacity of a standard rectangular theatre was increased by using a balcony .. [which] … allowed an astounding 587 people to be crammed in. [Since the 1980s the seating has been reduced to 350].

The records in 1914 offer no information about the films screened. However from early in 1915 the title of the feature is usually recorded in the margin. The norm appears to be two prrogrammes a week, one from Monday to Wednesday and one from Thursday to Saturday. This is done briefly, so it is not always possible to identify the film: and about two thirds of titles from this period have been lost. However there are also other sources.

END_OF_DOCUMENT_TOKEN_TO_BE_REPLACED

Screened at the Hyde Park Picture House as part of the Centenary Programme on November 7th 2014.

Pioneering British aviators Gustav Hamel and Bentfield Hucks perform stunts at the legendary Hendon airfield. Although not hard news, this was a topical story.

The leading campaigner for votes for women, Emmeline Pankhurst, goes to petition the King in person at Buckingham Palace. The campaign for votes for women was very high-profile and often featured in the news. The suffragettes would stage appearances at events for maximum impact.

Following the death of Captain Scott, Sir Ernest Shackleton plans another expedition to Antarctica, taking plenty of dogs. This is typical of the ‘magazine’ style film shorts of the time.