Hopefully you’ve already booked tickets to the various Christmas themed films which are being screened by the HPPH over the next couple of weeks. Unfortunately we’ve been unable to put on a Christmas screening for the Friends this year but some of the Committee will be joining Wendy for the screening of ‘A Bunch of Amateurs’ at 1pm on Sunday 18th December at Heart. Whilst this isn’t really a festive film, we felt that the subject matter and tone of the film really chimed with the Friends’ values. We will be in the café before the film, so come along if you can for a catch up. Bill and Wendy will be giving an update on progress at the Picture House and what’s been happening with the Friends.

Comes together as a wistful reflection on the power of cinema and community in the face of adversity.

Our friends at HEART have been organising a weekly online film discussion club during the lockdown.

We are a friendly group who discuss films that have been keeping us going through Lockdown. We have a theme each week such as comedy or rom coms and you are encourage to nominate two favourites in advance.

To give you an idea of the variety, rom com favourites included:

The film club is organised by HEART, the arts, enterprise and community centre in the middle of Headingley run by the community for the community.  HEART will be the venue for Hyde and Seek family friendly films and for Memory Matinees (screenings inclusive for people with dementia) as the Lockdown ends. There is no charge but members are encouraged to support HEART’s work through Just Giving. https://crowdfunding.justgiving.com/heartheadingley

The theme for May 8th is music-related films. To get the Zoom link and password email centremanager@heartcentre.org.uk 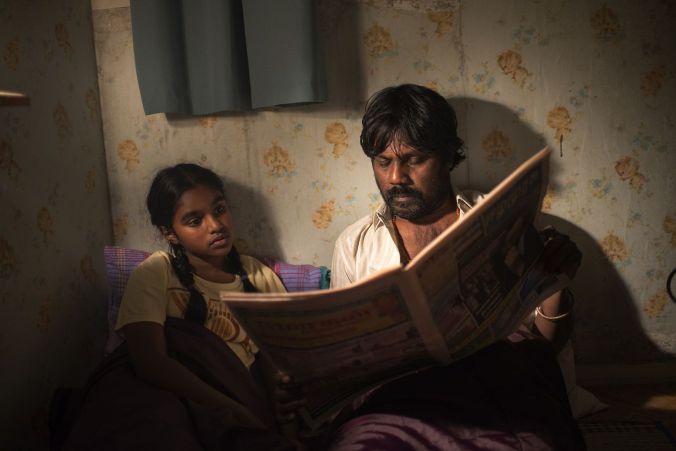 The Palme D’or winning Dheepan is showing every day this week but Wednesday’s screening is the latest Leeds Movie Meetup Group gathering. We asked Frankie, the group’s organiser to tell us a little more.

Since forming in September 2008 the Leeds Movie Meetup Group has grown to a substantial size (1700+) members, although a typical number of attendees for an actual movie meetup would be 6 or 7 and our record attendance remains 22 for the DiCaprio movie Inception (2010). The Hyde Park Picture House is very much our ‘home’ venue. To date we have attended over 500 movies at the cinema, with Dheepan being our next meetup. I was joking that the follow up film should be called Krispneven, and at least 1 person thought that was funny! It’s not the same when we go elsewhere, although if we do, we much prefer independent cinemas such as The Cottage Road in Far Headingley to the Vue experience – where the screens are way too big and it’s way too expensive. But the main reason we love going to HPPH is the type of movie that gets shown there. Dheepan is exactly the kind of movie that the group looks for. Sure we also like recent blockbuster films such as The Revenant, High Rise or Hail, Caesar! but it’s the award winning foreign movies that are the first to get scheduled. Palme D’or winners (such as Dheepan) are sure to get the group talking in the Royal Park backroom afterwards. It might be totally hat-stand, but The Lobster which was our Favourite Film Meetup for 2015.

It’s tricky to find the Meetup website’s discussion board on a mobile phone, but with a desktop version, then it’s easy. We nearly always put an informal review of the film (and meetup) on there, certainly this happens if it’s an event that I’ve hosted, so it’s a little weird to do a preview of Dheepan. My reasoning in stating that is that I like to go see a movie where I know as little about it as possible. Ideally someone who has similar taste in movies to me will recommend it; and then I don’t want to see any trailers or read any reviews in the media. Dheepan has an interesting premise where a Tamil soldier poses as the husband and father of two other refugees in order to escape Sri Lanka and attempts to start a new life in France, and I think I’d rather not know any more about it!! However, I’m not a fan of some of the director’s other movies, especially A Prophet (2009), which as prison dramas go, was easily the toughest stretch I’ve had to endure, and was far too long.

I want to finish by mentioning Victoria. This movie is coming to the HPPH soon (from April 15th), and our Group is going to see it. We saw it at the Leeds International Film Festival back in November. It subsequently won a Llama (Leeds Annual Meetup Awards) for the year’s best film, as voted for by the members of the Group. Now that is an amazing film. It’s a little slow to get going but when it does it grips!!

The 29th Leeds International Film Festival programme has now been out for nearly a week and no doubt many of you are making plans about what to see. With over 300 screenings and events, there’s an awful lot to choose from and the selection of trailers shown on Light Night made everything looks so great, or terrifying, or weird and often all of those things.

The Leeds Movie Fans Meetup Group have already started picking out some events to attend, you can find out more about these on their page.

I think I’ve just about worked out my own plan, you can find it over on Letterboxd (a wonderful website for film lovers) which is where you can also find a list of most of the LIFF29 films. I’ve also made a Google spreadsheet and Calendar which you may help your planning (please note these don’t contain accurate end times).

We were hoping to provide some previews and recommendations but we’ve been too busy poring over the programme, eliminating clashes and trying to come up with our own plans. If you have any recommendations or would just like to share your thoughts on the festival then please do get in touch and we’ll happily share them.

The Leeds Movie Fans is a MeetUp Group who regularly get together to watch the latest mainstream and independent cinema releases. Their next event is for the Creatures Of The Night screening of Twin Peaks, Fire Walk With Me on Saturday, April 25th at 11pm.