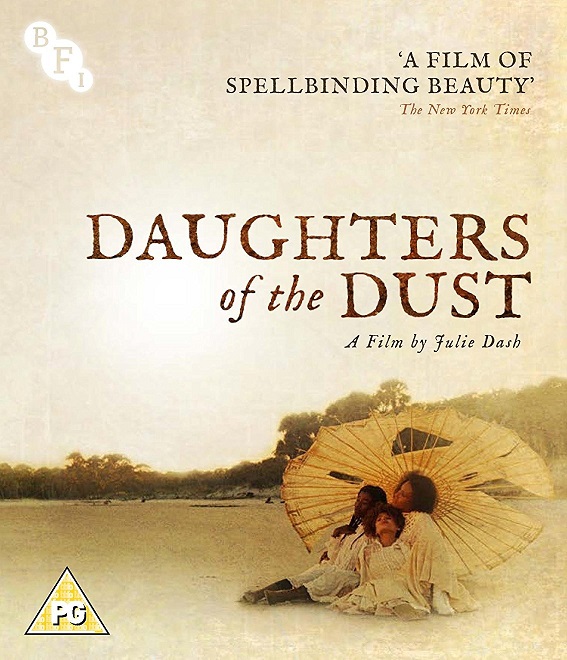 The film is screening the ‘Time Frames’ series. It was directed by an Afro-American woman, Julie Dash. It is a seminal film for both the Afro-American and the USA Independent cinemas. The basic story-line follows the migration from a Georgia island by women from an isolated and creole speaking community, once enslaved on plantations, in the early 1900s. However, the film has an unconventional use of time and space and an unusual narrative voice. This enables Julie Dash and her team to provide a film that is full of vivid imagery, metaphors and symbolism. It also dramatises the clashes within Afro-American cultures between tradition and the modern.

The film is full of poetic mages whilst the dialogue is in a form of Creole. The cinematography by Arthur Jafa is particularly fine, offering sumptuous images to accompany the characters and story. It won the Cinematography Award at the Sundance Festival and the film has since been included in the Library of Congress National Film Register

The film was partly funded by PBS American Playhouse after being turned down by major studios. Unfortunately none of Dash’s subsequent productions have received proper distribution. It remains her only well-known title despite a considerable output for cinema and television.

The film could be challenging; apart from an unconventional narrative it eschews sub-titles for the Creole [mostly understandable]. But it is a rich and compelling work. The film was originally shot on 35mm in colour and standard wide screen. It has now been restored and is distributed in a digital format. Hopefully this will do justice to the original. For two decades after its initial release it was not seen at all in Britain, so this is a welcome return. The film runs 112 minutes.