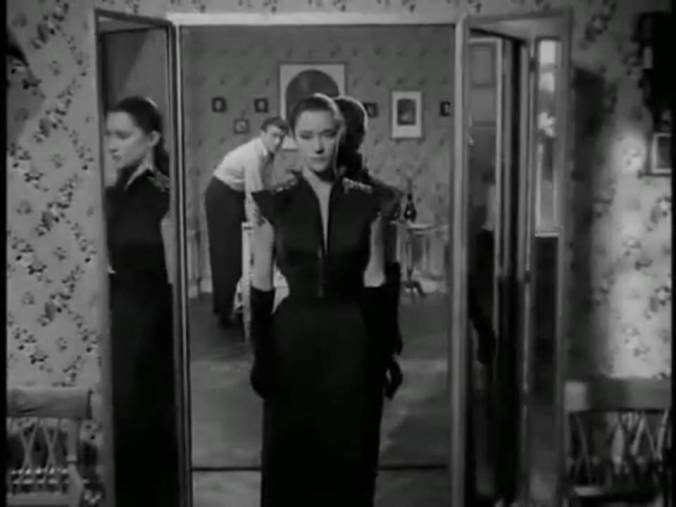 This year’s Festival includes eight screening sourced from 35mm prints, [baring accidents]. I make this one more than in 2016, progress. All the films will be projected at the Hyde Park Picture House as the only other venue in Leeds with 35mm projector, The Cottage Road Cinema, is not participating in the Festival: shame. In another example of progress all the titles are listed in the printed ‘Free Guide’ and are noted on the Festival Webpages.

Stephen has already mentioned the ‘breakfast’ screening of Amelie (France 2001).

The Deputy / El diputado is a Spanish thriller from 1978, filmed in colour and standard widescreen. The plot involves a left-wing politician, the police and security services, black mail and even treason. The treatment makes all of this both complex and fascinating, widening the story with sexual orientation.

The Lives of Others / Das Leben der Anderen (Germany, 2006) was a popular success on its initial release. It studies the situation of an artist under the Stasi in the German Democratic Republic in the 1980s. What makes the story dramatic is a borrowing from Victor Hugo’s great novel ‘Les Misérables’.

Orphée (France 1950) is a film version of the famous myth by poet and artist Jean Cocteau. The film has a dreamlike quality and is full of actions and settings beloved of the Surrealists. The black and white cinematography really does deserve to be seen on film.

The Party and the Guests / O slavnosti a hostech (A Report on the Party and the Guests, Czechoslovakia, 1966) was part of the 1960s ‘new wave’ and was banned for many years. The film only appeared in Britain in 2008. Shot in academy and black and white, the film is an absurdist drama, at times reminiscent of Samuel Beckett.

Seven Days in January / 7 días de enero (Spain, 1979) is a thriller based on actual events. Aftert the welcome death of General Franco and Spain’s transition to a more democratic society elements from the fascist past attempted to undermine the process.

Taste of Cherry / Ta’m e guilass (Iran, 1997) is one of the fine films from this country’s art/independent sector. The director Abbas Kiarostami is noted for his minimalist approach. Here, in another Iranian film set mainly in an automobile, we spend a few hours with a man debating a fundamental question.

Volver (Spain, 2006) is another excellent drama from Pedro Almodóvar. This is a film centred on women and the fine cast, as a collective, were awarded the Best Actress Award at the Cannes Film Festivals. This is mainly a dramatic comedy but with many of the issues that always fill Almodovar’s films and titillate audiences.

Classic Almodóvar at the Festival.

Surprisingly several other films in the retrospective section are on digital even though I am pretty sure that 35mm prints exist. These include Satyajit Ray’s memorable Aparajito (India, 1956) and the more recent and compelling The Headless Woman / La mujer sin Cabeza (Argentina, 2008) directed by Lucretia Martell.

But the most serious lacunae in the programme is the complete absence of Soviet titles. The Centenary of the Great October Revolution [in the new style calendar] falls within the Festival. If this is not recognised as the most significant event of the C20th then surely the cinema it inspired, Soviet Montage, should be. It was the most challenging but also the most influential film movement in C20th World Cinema. It seems that we need a seminar on film history for the Festival office.

The next committee meeting is planned for Monday 27 January, 7:30pm at HEART
More Info