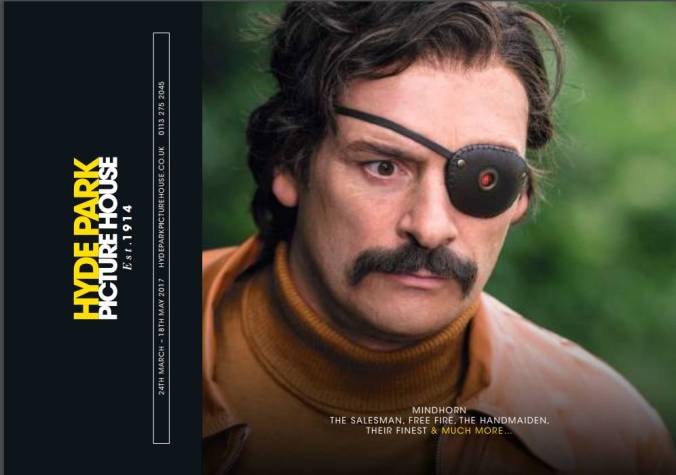 The new programme is now available on the main website as as PDF. The coverstar is Julian Barratt in Mindhorn, which you may remember won the Audience Award at the film festival, and is screening from May 5th. There are a few other LIFF films coming up as well: Cameraperson, Certain Women, The Handmaiden, Raw and Graduation. Speaking of festivals Leeds Young Film Festival runs over Easter from 10th to 20th April and once again it’s a great programme with something for people of all ages. The less-young should look out for Bicycle Thieves (1948), Kes (1969), The Princess Bride (1987) and The Red Turtle (2016) as well as plenty of recent animated and family friendly films.  Also on the 25th April as part of the first Leeds International Festival there’s a screening of Ex Machina (2014) followed by a Q&A with visual effects artist Andrew Whitehurst.

Elsewhere in the programme there are films that have generated a lot of buzz recently (or will do when they get released) : The Love Witch, The Fits, Free Fire, Personal Shopper, The Salesman, I Am Not Your Negro.

We really are lucky to have such a wonderful selection of films coming up over the next few months.