World Cinema lost one of it luminaries in October this year when the iconic career of this filmmaker came to an end. Wajda was one of the celebrated graduates of the Łódź Film School, This training ground for film actors as well as crafts people had a deservedly outstanding reputation.

Wajda first drew attention with his trilogy A Generation (Pokolenie, 1954), Kanał (1956) and Ashes and Diamonds (Popiół i diament 1958). These were founding works in what developed into the European art cinema. I saw them, as did many at the time, in a Film Society in 16 mm prints. I have since been able to revisit them again in 35mm prints. All remaining outstanding but the key film is Ashes and Diamonds with the character of Maciek played by the young iconic Polish actor Zbigniew Cybulski. There is a terrific sequence with fireworks lighting up the sky and a sequence which I have seen copied a number of times with sheets billowing from a clothesline.

Wajda turned out fine films decade after decade, and I still have to see a number of them. One that stood out was Landscape After the Battle (Krajobraz po bitwie, 1970), a film that deals with a Holocaust survivor and which includes some stunning landscape sequences. Two films that stood out in addressing the repressive regime that ran Poland in the period are Man of Marble (Człowiek z marmuru, 1977) and Man of Iron (Człowiek z żelaza, 1981). I saw at least one of them at the Academy Cinema in London, a fine and now lost venue for quality film.

More recently Katyń (2007), dealing with the Soviet massacre of Polish Officers in 1941, was extremely well done. And we can look forward to his final film Afterimage ( Powidoki, 2016), yet to enjoy a UK release. There are a variety of fine films that would grace a screening tribute to this great filmmaker. My own choice would be The Promised Land (Ziemia obiecana), 1975) which chronicles the development of the C19th capitalist textile firms in Łódź. The film is a fascinating chronicle and has some terrific sequences including a factory fire. The film came round last year in the programme ‘Martin Scorsese Presents: Masterpieces of Polish Cinema’. It was screened at the Sheffield Showroom in a good quality 35mm print. However, I do not think it made in to West Yorkshire. Hopefully the print is still available in the UK. 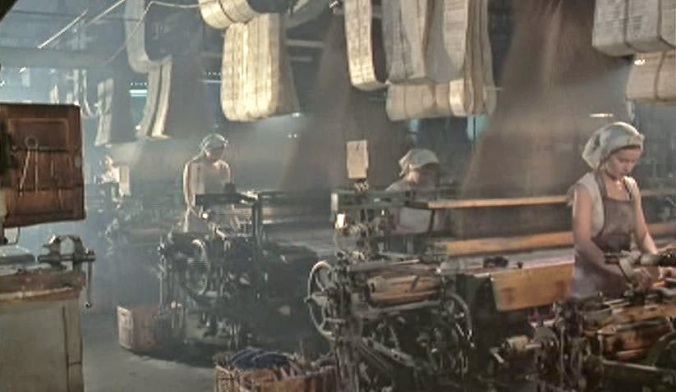