The first ever Yorkshire Silent Film Festival is taking place throughout July at various venues across the region. On Sunday there are four events at the Picture House with a day pass available for members for £15 (passes for non-members are £19/£17). 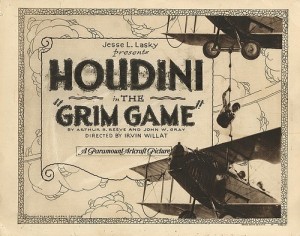 Escapologist and illusionist Harry Houdini plays a man framed and imprisoned who escapes his cell and ruthlessly pursues the criminals who set him up. Lost for many years, this film was rediscovered in 2014 in the Brooklyn apartment of a retired juggler. It’s full of outlandish, breathtaking sequences, including Houdini’s world famous escape from a straitjacket while suspended from a skyscraper and a real-life mid-air plane collision which was later incorporated into the plot.

A sparkling 1920s comedy from one of silent cinema’s most charismatic stars, Colleen Moore. Filmed on location in New York, it’s the fizzy tale of Pink Watson, telephone operator at a cement firm, who dreams of marrying rich. 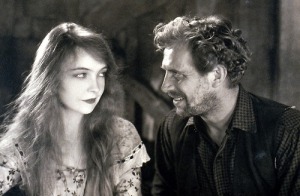 Lillian Gish stars as a southern belle uprooted to Texas and almost driven out of her mind by the relentless desert winds. Shot in the Mojave desert with eight aircraft propellers creating the constant gales, it’s one of the most powerful, physical films ever made. It’s also the last major silent film released by MGM, the last by star Lillian Gish, and the last by the great Swedish director Victor Seastrom. The Wind is one of silent cinema’s finest achievements and marks the end of the silent era.

The next committee meeting is planned for Monday 27 January, 7:30pm at HEART
More Info