This new biopic comes out at a propitious time. Ken Loach has won his second Palme’ d’Or at the Cannes Film Festival for I, Daniel Blake. He joins an elect group of filmmakers, Bille August, Emir Kusterica and Shohei Imamura, who have also won this prestigious award twice since its inception in the current form in 1975. The award confirms Loach’s status as one of the most important of contemporary European filmmakers: though one who has been honoured more on the continent than in his home territory.

The documentary has been produced by Loach regular Rebecca O’Brien, scripted by his colleague Paul Laverty, and directed by Louise Osmond. It also includes many of the people who have worked with Loach, including Tony Garnett, whose output at the BBC is also seminal. My main reservation is that Osmond’s previous film, Dark Horse (2015), was made like a typical television documentary and utilised archive and found footage of rather low quality. But its focus was ordinary working people who are the recurring centre of Loach’s own films.

It was shot in 2.35:1 and that ratio does allow some striking shots by cinematographer Roger Chapman. But it also means that the extracts from Loach’s own films have been re-framed to fit this format. This does not do them any favours, in some frames heads are cut off. The footage of Loach working on I, Daniel Blake is in the same ratio. Some of this is interesting, but often it feels like a ‘making of ….’ treatment.

Where the films scores are the interviews with Ken Loach and Tony Garnett. Loach is unassuming but rigorous in his comments. And Tony Garnett is both intelligent and stimulating. We also get a brief interveiw with Nell Dunn [Up the Junction] and recordings of Jim Allen. The latter was an important collaborator and influence on Loach. And there is an excellent comment by Gabriel Byrne on the suppression of the production of Perdition. It would have been good to have more from other important collaborators like Rebecca O’Brien and Paul Laverty.

The documentary is also strong on the frequently myopic and predjudiced treatment of Loach’s film among British critics. As Derek Malcom remarks, he is much more honoured on the continent. Whilst he has won many awards at the Cannes Film Festival, The Berlin Film Festival and even a French César. None of his films has ever been awarded a BAFTA!

Certainly Loach’s film and television output has deserved this. From the pioneering work in the 1960s, notably Cathy Come Home, made for the BBC with Tony Garnett, to the recent series of annual film releases, his work has been among the best and most interesting produced in the UK. And this film does pay due attention to his early work for the BBC. Whatever its limitations this documentary is worth seeing as a deserved retrospective of his contribution. 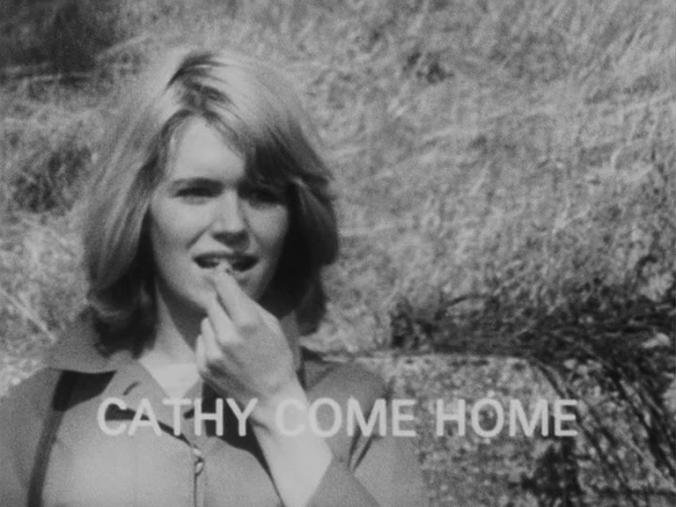 The Cannes winner will be available in cinemas later this year. This would also be an opportunity to revisit some of the classics from earlier in Loach’s career. Some of the key films from Loach’s television output have been screened in the recent past, Cathy Come Home [BBC 1966], the epic Days of Hope {BBC 1975], and the fine documentary from the 1984 Miners’ Strike, Which Side are You On? It was in the 1980s that the increasing censorship of Loach’s work by television institutions led to his return to large screen filming in 1990 with Hidden Agenda, a fine drama about the British ‘shoot to kill’ policy in the occupied north of Eire.  Almost every year since has seen another impressive film by Ken and his team. Some in particular would pay re-visiting.

Riff-Raff (1991), set in the building trade, has a fine central performance by Robert Carlyle and some very funny scenes with Ricky Tomlinson. Then there is Land and Freedom (1995), dramatising the Republican resistance to the Fascist coup d’etat in 1930s Spain. It won a prize at the Cannes Film Festival but not at the BAFTAS. There is Sweet Sixteen (2002), one of a series of film set in Scotland and scripted by Paul Laverty. The vagaries of British film censorship meant that Martin Compson, in the title role, could not watch himself in the cinema. This was one of the few occasions when I heard the normally mild-mannered Ken Loach get really angry in an interview. 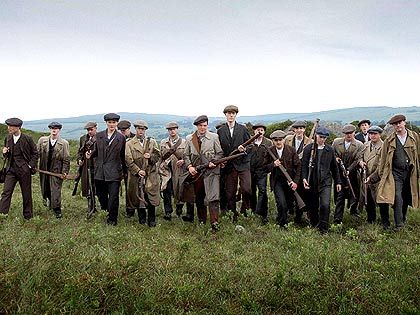 In 2006 there was Loach’s earlier Palme d’Or winner, The Wind That Shakes the Barley. The film was demonised in the British Press, mainly because it is one of the best representations on film of the long Irish struggle for liberation from British colonialism.

All of Loach’s work is worth seeing again – and again. Versus … celebrates both Ken Loach’s 80th birthday and his ‘fiftieth major work’. So Loach is in the autumn of his working life. And that season would be a great time for an autumnal retrospective of what is one of the major contributions to British Film.