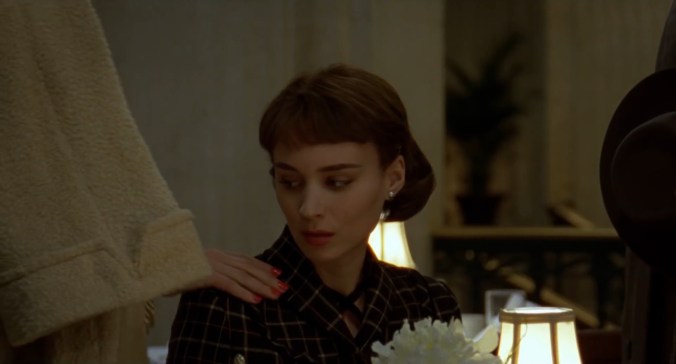 This film has received much critical praise and a number of award nominations. The main focus has been the acting of the leads, Cate Blanchett and Rooney Mara. But the supporting cast are excellent. Edward Lachman’s cinematography [shot on Kodak Super 16 stock] should really benefit from the definition and luminosity of 35mm. There is splendid production design by Judy Becker and fine editing by Affonso Gonçalves. And in an age when music scores are often overdone Carter Burwell strikes the right balance between drama and underscoring. This is director Todd Haynes’ best film since Far from Heaven (2002). That was a fine revisiting of a film classic: this is a really intelligent adaptation of a great novel.

The film follows the book fairly closely but also introduces significant variations. These seem to me to be well judged additions that suit the cinematic treatment. If you are seeing the film again then you can enjoy the very fine sequence that opens the film and which is then revisited near the end. It has great mise en scène but the beautifully judged camerawork and editing adds to the characters and dramatisation. It also seems to be a homage to a classic British film drama.

Carol is screening as part of a series of lesbian, gay, bisexual, transgender and queer cinema. Also check out Tangerine (USA 2015) showing on Thursday 11th at 9pm.