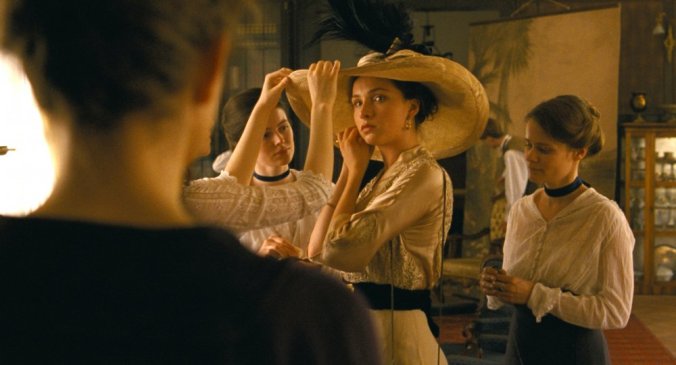 This is the new film from director László Nemes. His previous film was Son of Saul / Saul fia (Hungary, 2015). This new film also enjoys the fine production work of many of the same team from the earlier film: music László Melis, cinematography Mátyás Erdély, Film Editing Matthieu Taponier and production design by László Rajk. And once again the film is screening at the Picture House in its original format of 35mm.

Son of Saul was a very subjective style narrative and the new film takes a similar approach. But is seems that there are even more ambiguities in the plotting this time. The film opens in Budapest in 1913 when a young woman comes to the city and encounters mysterious and threatening situations. The pre-World War I Austro-Hungarian empire offers a rich palette for such a story; witness the earlier Sunshine (1999) directed by István Szabó.

The film runs for 142 minutes in colour, widescreen with Hungarian and German dialogue with English subtitles. It promises to be less downbeat than the earlier film but likely will need close attention as the story unfolds. The effort should be repaid by the visual pleasure in the screening. The 35mm cinematography relies on random  silver halide grains in the stock that reflect the light and give excellent contrast. Digital copies of 35mm film transfer this to uniform pixels and only rarely reproduce the particular characteristics of film stock. So, the illustrative still at the top of this post does not really give a sense of what we should enjoy viewing. 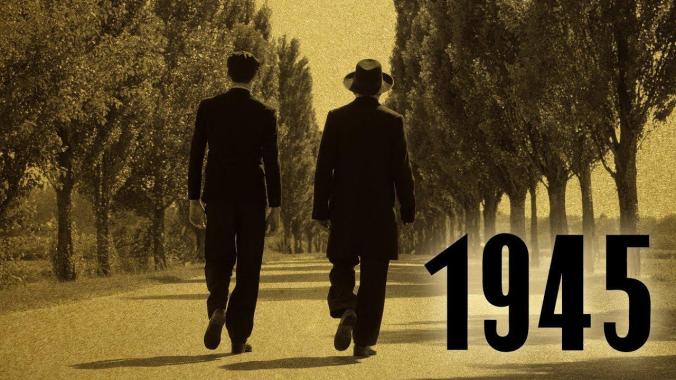 This new title has a very limited release in Britain so this is a rare opportunity to see a very fine film. It is set on August 12th 1945, commencing precisely at 11 a.m.  as a train arrives at the railway station in an unnamed Hungarian village. The location seems to be south of Budapest not far from the Danube river.

The train deposits two figures dressed in black and accompanied by two large boxes. Over the next 85 minutes we watch as their boxes are carted into the village. We also watch the responses of the inhabitants, and occasionally Soviet soldiers, part of the liberating armies in Europe. What gradually emerges is a secret guilt over events that occurred under the Nazi occupation.

The film is happy to only gradually reveal the nature of the events and the rather differing responses of the inhabitants. Unlike in some westerns with similar plots the two visiting protagonists do little and, apart from one scene, do not address the villagers. The resulting slow pace and series of ambiguities contribute to the drama and tension developed in this film.

Beautifully shot in black and white with a minimal but effective accompaniment this production offers excellent characterisations from the cast and a convincing representation of place and period.

This will be a fine screening and possibly the only opportunity to see the film in its proper theatrical form. [A longer review is here]. 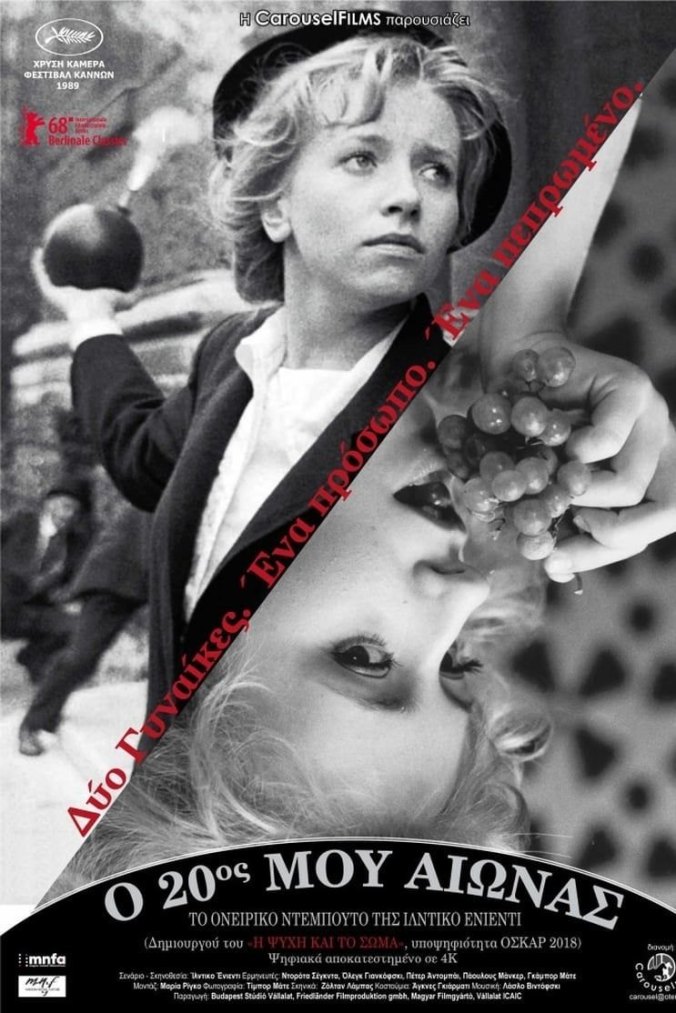 This was the first feature directed by Ildikó Enyedi and won the Golden Camera at the Cannes Film Festival on its release. Ildikó’s more recent film, On Body and Soul, won the prestigious Golden Bear at the 2017 Berlinale. The 2018 Festival featured a digital restoration of this film in an excellent 4K format which retained the cinematic qualities of the original. The Hyde Park screening will only be 2K but I reckon the film will still look great.

It was an impressive feat for a first-time film-maker. Ildikó also scripted the film which combines, history, politics and surreal fantasy. Much of the pleasure is to be had from the beautiful black and white cinematography by Tibor Máthé. The images are really luminous and range from wonderful wintry landscapes to night-time chiaroscuro. The editing by Tibor Máthé ably follows the eccentric plot line as we switch between settings and dates.

The lead actor is Dorota Segda who plays identical twins, born in Budapest in 1879. Separated, their paths cross once more in 1899, making this also a New Year movie. The dates are significant in the film. 1879 takes in Thomas Edison’s first successful demonstration of the light bulb. And the film makes great play with the inventor and with cinematic references, both silent and sound. Indeed the film features tropes from the silent film era, homages to the film-maker’s predecessors.

Note, it has a 15 Certificate in Britain. A real treat on offer for cineastes.