Screening daily from Friday May 17th till Thursday May 23rd. 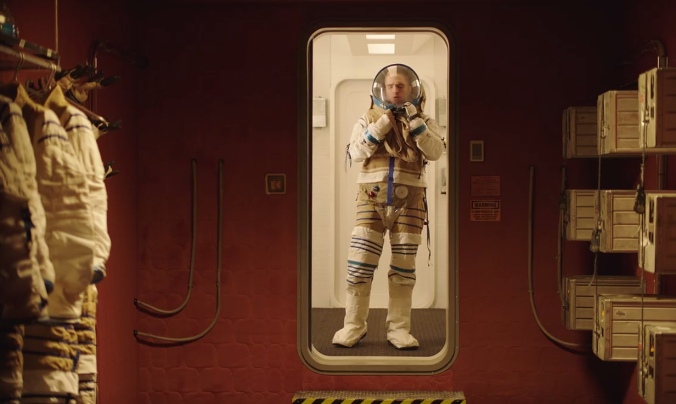 This Friday the new film directed by Claire Denis, High Life (2018), opens at the Picture House. Claire Denis is undoubtedly one of the really talented and interesting film-makers working in contemporary cinema. In this title she has presented her first film in an English language form; thankfully she has done a better job than a number of her fellow European film-makers. This is a science fiction story that opens on an odd box-like space ship heading far away towards a black hole. Inside we find Monte (Robert Pattinson) whose only companion is a very young child. A series of flashbacks fill in the events prior to this; Monte’s companions have fallen foul of the internal conflicts among the crew. We learn how the baby came to be on the space ship and the unusual social rules that produced the situation. Stylistically the film recalls the Soviet director Andrei Tarkovsky, especially his films Solaris (1971) and Stalker (1979). The plot at times appears to be lifted from the pages of J. G. Ballard and is both violent and a little disturbing: the BBFC have given it an 18 Certificate. The cast, which includes Juliet Binoche, is good. The production, including special effects, is well done. And once more Denis shows her ability to explore social and personal contradictions. The June issue of Sight & Sound has an interview with Claire Denis.

Screening on Saturday, Sunday and Wednesday afternoon this coming week

An equally fine film-maker, Zhangke Jia, has directed Ash Is Purest White / Jiang hu er nü (2018). The film covers several decades in the life of Qiao (Tao Zhao). Much of the film is set in Shanxi province in the north of China but at one point Qiao travels south to the Three Gorges in Hubei province [seen in earlier Jia films]. Qiao is involved with a “jianghu” gangster (Fan Liao). The effects of this relationship and the mob violence affect her life but throughout she remains cool and self-possessed. Tao Zhao is impressive as Qiao. She acts a muse for Zhangke Jia, having appeared in his earlier films including the very fine Mountains May Depart / Shan he gu ren (2015). This film has the same epic quality and it happily screens in Leeds, a city that missed out on the earlier title. The production values in all departments are excellent and both the action and the settings fully engage. The language in this title is Mandarin with English sub-titles.

The movie comments on recent and contemporary China; I thought one point referred back to the coup by capitalist-roaders following the death of Mao Zedong. Tony Rayns has an article in the May issue of Sight & Sound which includes comments by the director and explains some of the distinctive Chinese aspects, including the title rendered in English as ‘Sons and Daughters of the Jiangsu, a word appropriated by the underworld and originally referring to “the parallel world in which martial arts fictions is set.”