Jake Baldwinson takes a look at Pasolini, showing this week at the Picture House on Sunday 4th at 1:30pm and Wednesday 7th at 4pm. 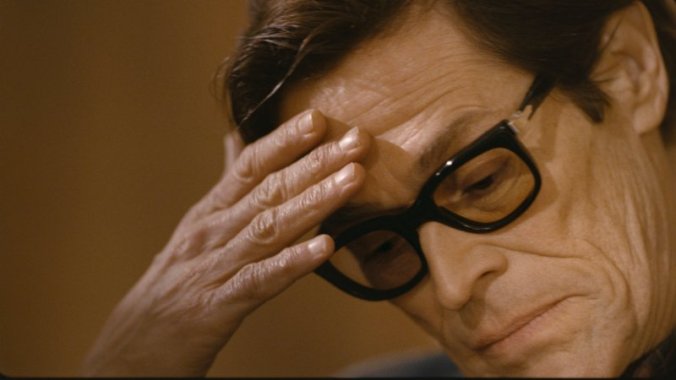 Inspired by the structure of 44:44 Last Day on Earth (2011), and his recent experiments in dramatising recollections of Naples residents in Napoli, Napoli, Napoli (2009), director Abel Ferrara looks at the final days of the controversial yet revered Italian poet, writer, philosopher and film maker, Pier Paolo Pasolini, in his latest film, Pasolini.

Pier Paolo Pasolini, “contradictory, Marxist, mystic, Catholic, and atheist,” was killed 40 years ago this year, just outside Rome. He had just completed Salò, his most controversial film, and was in the process of writing a novel (Petrolio), and directing one of his own screenplays entitled Porno-Teo-Kolossal. Before his body was discovered, a prostitute named Pino Pelosi was arrested for speeding, it was found that the car, an Alfa Romeo, belonged to the famous director, and when Pasolini’s body was eventually found, Pino confessed to his murder. In 2005, however, Pino retracted his confession, saying that three men “with southern accents” killed Pasolini. Appeals have been made to reopen the case, to no avail, and the real motives for Pasolini’s murder still remain a mystery.

In interviews, Ferrara recalls seeing Pasolini’s The Decameron (1971) as a young man, just as he was starting to make his own films, and cites him as an early influence as a filmmaker. Yet you could attribute a stronger connection to Pasolini’s earlier films, like Accatone and Mamma Roma, which look at society in the margins of Rome, the world of pimps and prostitutes, much like the seedy side of New York, that made Ferrara’s name; Driller Killer, Ms. 45 and Bad Lieutenant.